The France team beat Germany (35-28) this Wednesday in the quarter-finals of the Handball World Cup. The Blues will face Sweden in semis on Friday.

A match won in pain. Tied at half-time (16-16), the Blues finally managed to beat Germany on Wednesday January 25, in the quarter-finals of the World Handball Championship in Gdansk (Poland). This 35-28 victory is due in particular to the exceptional performance of substitute goalkeeper Rémi Desbonnet.

Entering the quarter of an hour in place of Vincent Gérard, the Montpellier player quickly showed all his qualities, making a first save just eight minutes later. He then chained two consecutive parades against Patrick Groetzki (29th) launched alone against him.

After the break, the substitute goalkeeper was almost impassable for almost ten minutes (34-43rd) making seven out of eight saves. Five minutes from the end, he still ensured victory with two consecutive parries. In total, Rémi Desbonnet will have recorded 14 stops. 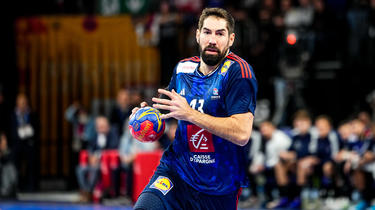 Defeated by the German goalkeeper Andreas Wolff at the start of the game (50% success in shooting only), the Blues managed to come back to score before half-time, before continuing in the second part and distancing their opponent.

The reigning Olympic champions will face Sweden on Friday at home in Stockholm in the semi-finals.